Due to the civil war in Syria and the subsequent national conflict, almost 2 million people are currently displaced in Iraq, in addition to more than 4 million returnees ,and nearly 250 thousand Syrian refugees that are hosted in the Autonomous Region of Iraqi Kurdistan (KRI) since 2014. Despite the conclusion of military operations for the liberation of the territories occupied by ISIS, the protracted Iraqi crisis is still one of the most complex challenges posed to the international community. As identified in the Humanitarian Response Plan 2018 coordinated by UN OCHA, the conflict and the political crisis of the last four years have affected a population of almost 9 million individuals that are now in need of humanitarian assistance. The assessments of damages and losses conducted in the liberated areas by the Iraqi Ministry of Planning and analyzed by the World Bank, estimate that the reconstruction will require at least 10 years and would cost over 88 billion dollars.

In 2014, 2,5 million civilians were displaced within Iraq. In 2015, more than a million people left their homes to find shelter in the Autonomous Region of Iraqi Kurdistan. In 2016, another 700,000 people fled, and 1,7 million civilians were displaced in 2017. The population movements were multi-directional: while hundreds of thousands of people left their homes, hundreds of thousands have returned. The pace and scale of the phenomenon of internal displacement have made the Iraqi crisis one of the largest and most unstable in the world.

Based on what was identified in the humanitarian needs assessment for 2019, elaborated under the coordination of UN OCHA, the country estimates some 6,7 million people (18% of the Iraqi population) in need of humanitarian assistance and protection, including 3,3 million children and 3,3 million women and girls. Nearly 5.5 million individuals need health care, and 2,6 million children need to access education services. People perceived as affiliated to extremist groups are among the most vulnerable population along with women, children, people with disabilities, and the elderly.

The distribution of displaced and returnees in the country sees the governorate of Nineveh as the centre of the humanitarian crisis. The phenomenon of displacement also affects the neighbouring areas of the Kurdish Region. As for the return areas, in addition to Nineveh, the Anbar governorate is also the most affected by the phenomenon, although the safety conditions in both areas are not yet fully restored.

The state of emergency has created profound negative effects on the local social and economic system, with a consequent progressive deterioration of the living conditions of refugees and displaced persons, as well as host communities and local populations returning to their places of origin freed from the occupation of ISIS Conflict and slowing economic growth have led to rising unemployment and poverty rates. The protracted Syrian regional crisis, increased by the political and economic crisis at the national level - mainly due to the decline in revenues from the sale of oil - the conflict with ISIS and tensions between the national and regional governments, has reduced the capacity of refugees and displaced people to provide for their livelihoods.

The progressive depletion of the savings of refugees and displaced persons, as well as the reduction of job opportunities due to the increase in population in areas of displacement, have worsened the economic capacity of the already vulnerable population. Increased competition in the labour market has strengthened the trend towards the expanding of informal work, characterized by low wages and coercive practices. Agricultural production has been almost halved, undermining the country's food security and forcing hundreds of thousands of people to migrate to urban areas seeking employment.

THE HUMANITARIAN CRISIS AND THE DISPLACED PEOPLE

More than three years after the end of the conflict against ISIS, the increasingly complex framework of the Iraqi crisis includes political-institutional, social and macro-economic factors. In the first half of 2020, the Covid-19 emergency had the immediate effect of aggravating the ongoing humanitarian crisis, as well as of weakening the capacities of organizations committed to providing support to the most vulnerable people: the restrictive measures imposed by the government, such as the closure of borders and schools and the lockdown, have effectively prevented travel, initially limiting the spread of the virus. The exceptions to these restrictive measures envisaged for the staff of humanitarian organizations have been applied in a heterogeneous and contradictory way, making it very difficult to reach the areas of intervention as well as the transport and delivery of medical material aimed at combating Covid-19. Furthermore, the pandemic has further weakened the economic conditions and livelihoods, with an increase in the percentage of people who use negative coping mechanisms to meet their basic needs. In fact, as reported in the "Humanitarian Response Plan 2020 - Covid-19 addendum", 12% of the population uses negative coping mechanisms to meet their food needs, with serious consequences for that part of the population, such as internally displaced persons and refugees, which necessarily relies on humanitarian assistance and does not have the resources to deal with the impact of a hock of such magnitude.

Already in the pre-covid scenario, about 80% of the displaced people residing in the camps and 65% of those living outside camps, resorted to negative coping strategies, with a poverty rate that has reached almost 40% of the total displaced population. More specifically, there has been an increase in the number of families who do not have the economic means to purchase food, as a result of the restriction on travel which has caused reduced access to jobs and markets. As an indirect effect of the pandemic, the loss of jobs and employment opportunities has led to a reduction in household income and purchasing power. As a small percentage of households have savings, it is clear that this situation exposes the most vulnerable people to the risk of adopting negative coping mechanisms due to the impossibility to support food, health and education costs. Although the pandemic initially forced the Iraqi government to postpone the closure of the camps - as decided in 2019 with the goal of shutting down all camps by 2020 - starting from October this process has undergone a decisive acceleration with more than 35,000 people who had to leave the 11 camps of the Country. Although the Iraqi government's decision to close the  camps is entirely legitimate, from a humanitarian point of view it is impossible not to point out the critical issues associated with this process and the dangers for the most vulnerable people linked with it.

The end of hostilities with ISIS and the almost simultaneous drop in the price of oil that began in 2016, even in the context of the crisis, also represented a window of opportunity for structural change in favor of the Country's socioeconomic future.  The Iraqi government has failed to formulate and ensure the implementation of a long-term reconstruction, reconciliation and development plan, towards a far-sighted economic growth strategy, as well as not yet being able to guarantee the safety of its citizens in large portions of the territory. A recent survey carried out by REACH, the initiative born in 2010 to carry out in-depth analyzes and provide updated data on the contexts of humanitarian crises within the coordination mechanisms between agencies, not only shows how the percentage of displaced persons who doesn't want to return to the areas of origin but also that more than three years after the end of the conflict, the security conditions in the return areas and the destruction of homes are still a concern for the displaced people living in and outside the camps. With the closure of the camps, therefore, the condition of secondary displacement appears a reality for many displaced persons,  placing an already highly vulnerable category in a position of serious risk. Furthermore, those families who are perceived by the communities as affiliated with ISIS are in a particularly vulnerable condition: there is a very high risk of being confined to areas other than those of origin, especially if previously characterized by 'mixed', or if they come from the disputed territories between Iraq and Kurdistan.

THE ITALIAN CONTRIBUTION IN IRAQ

In Iraq, Italian Cooperation is historically active in support of the most vulnerable populations, namely refugees, displaced persons, ethnic-religious minorities, including Christians and Yazidis, women, minors and people with disabilities.

Bilateral/multilateral programmes on Health, Education and Protection are financed through ordinary and emergency interventions, taking into account the vulnerability of the population and the general political instability of the area (the disputed territories of the Nineveh Plain have been the target of various interventions, already before ISIS). In September 2013, a cooperation unit was opened at the local Consulate of Erbil.

In the same year, in line with the commitment of the Government and the Italian CSOs on the humanitarian crisis due to both the Syrian conflict and the internal conflict in the country, the Italian Cooperation funded multilateral emergency interventions, in response to humanitarian needs, and bilateral calls, with assignments to Italian CSOs and distribution of basic necessities.

Since 2014, the AICS humanitarian initiatives have had as main objective the improvement of accessibility, inclusiveness and quality of basic educational and health services to Syrian refugees, displaced Iraqis and host communities, focusing on vulnerable groups, in particular ethnic and religious minorities, women, children and people with disabilities.

The Italian Cooperation aims to strengthen the commitments made on the international tables through wide-ranging initiatives aimed at improving the coherence, synergy and effectiveness of humanitarian aid and development projects, also in the light of the Council conclusions recently adopted, and of the  “Joint Communication proposing an EU strategy for Iraq” launched at the beginning of January 2018 by the High Representative of the Union for Foreign Affairs and Security Policy together with the DG ECHO.

2014-2016 three-year document: IRAQ is excluded from the list of priority countries for the Middle East in the context of ordinary planning development projects, in favour of a humanitarian focus on the autonomous region of Iraqi Kurdistan.

2) stabilization in the rest of the country. 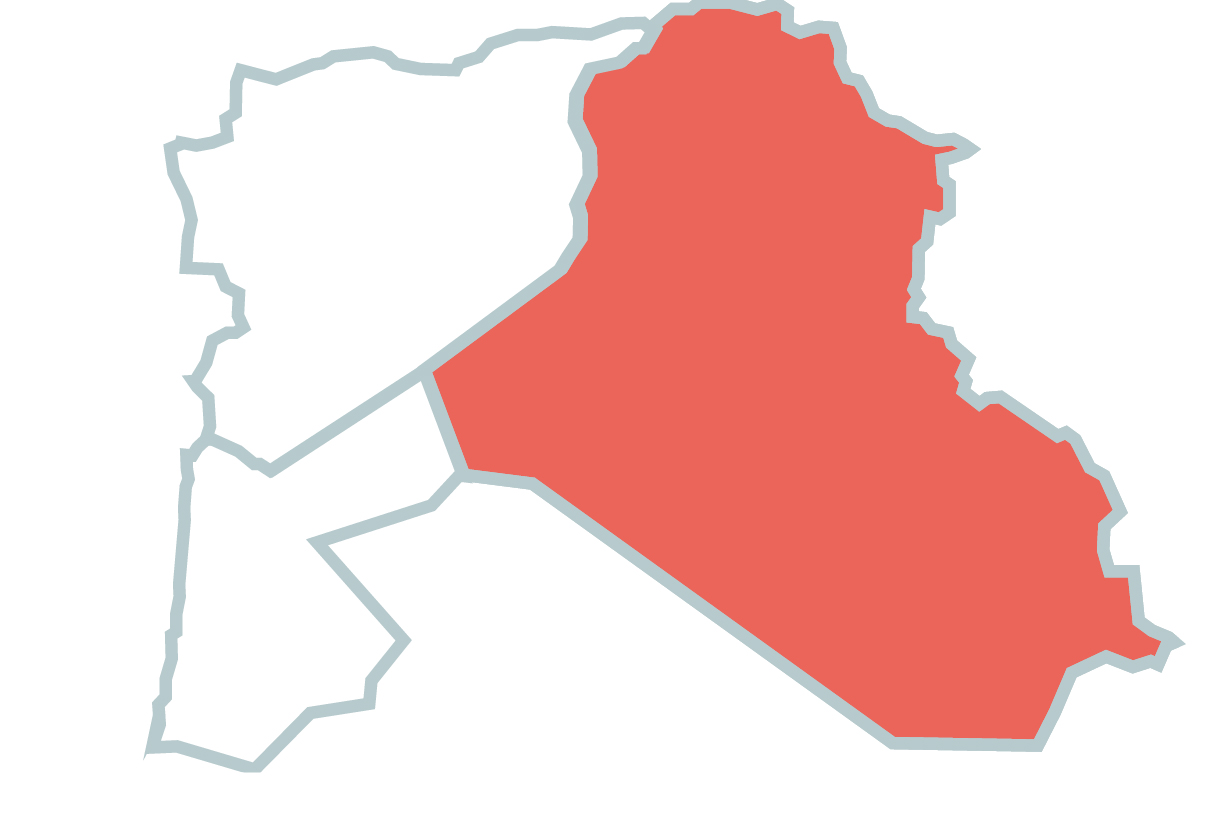 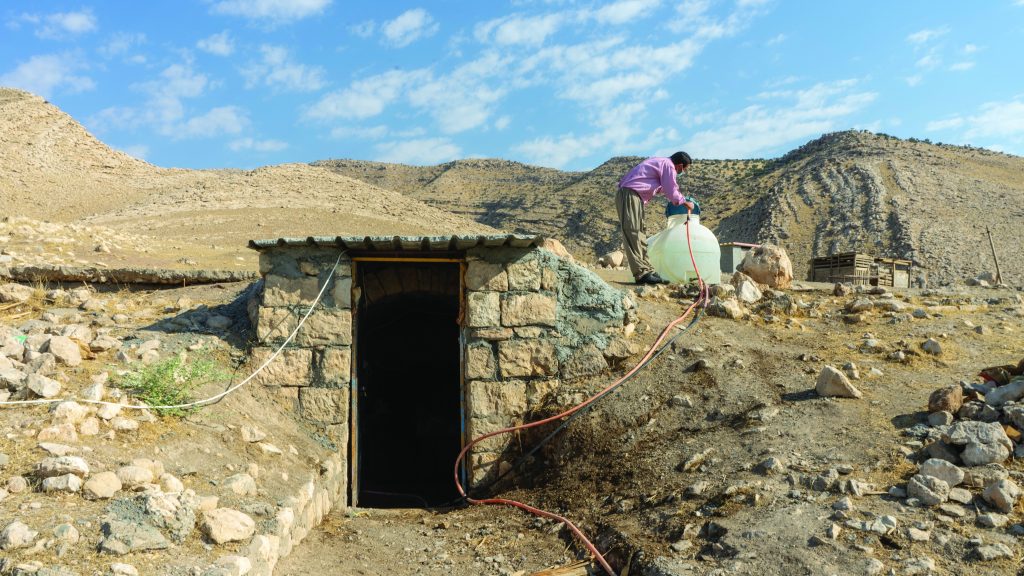 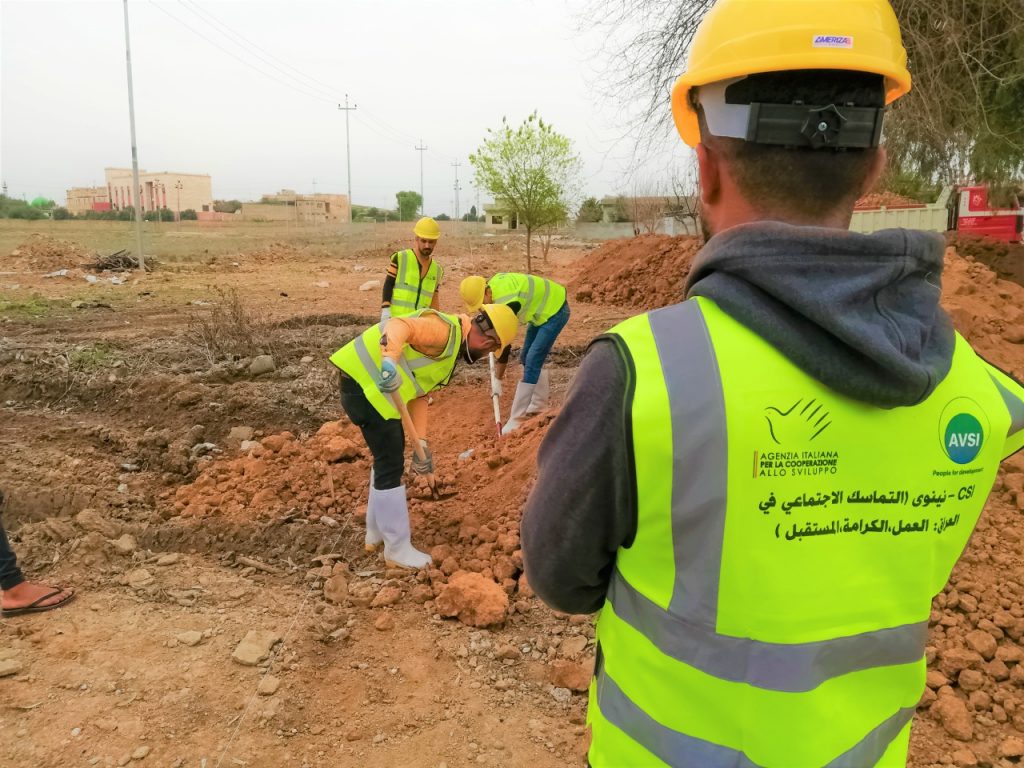